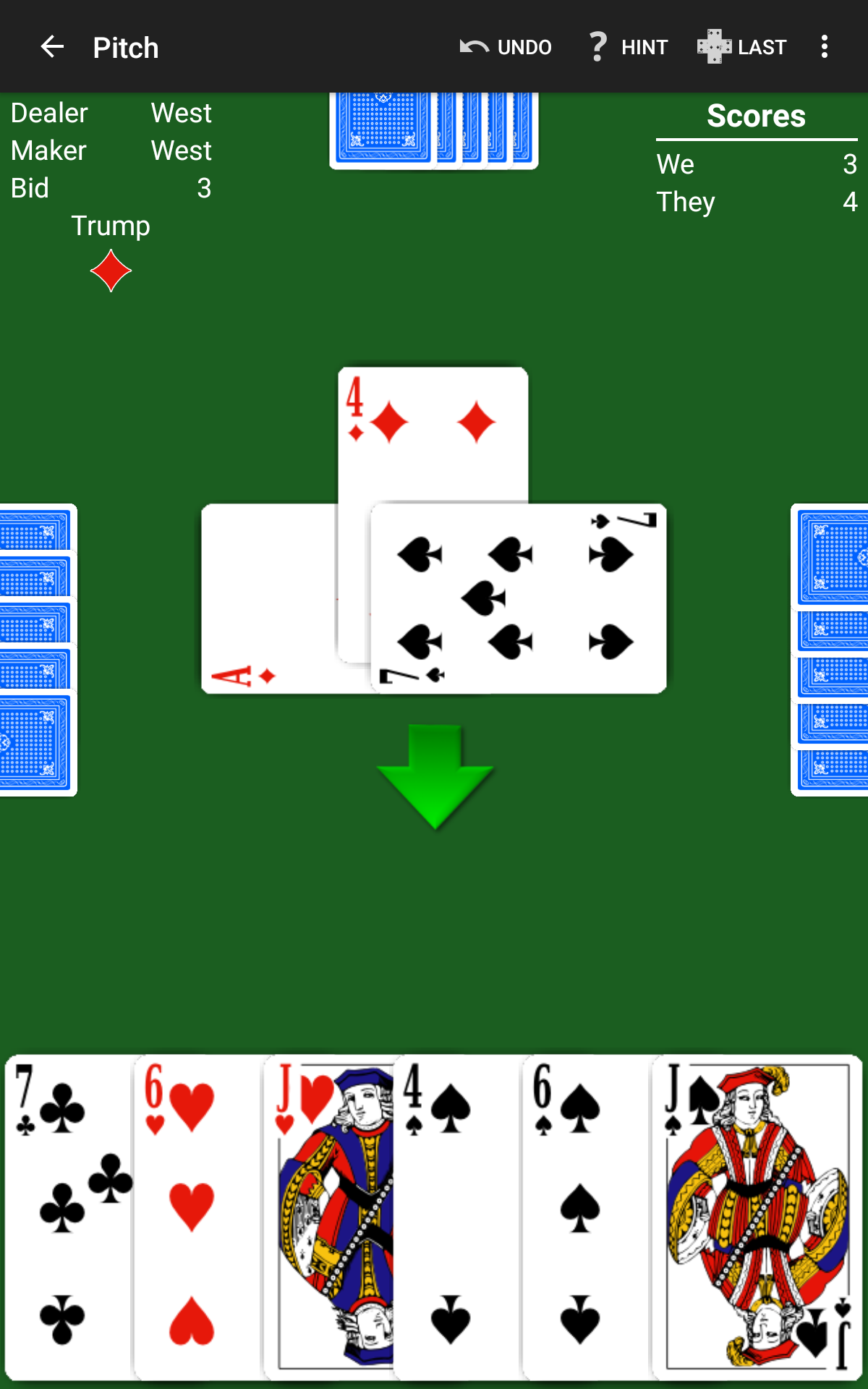 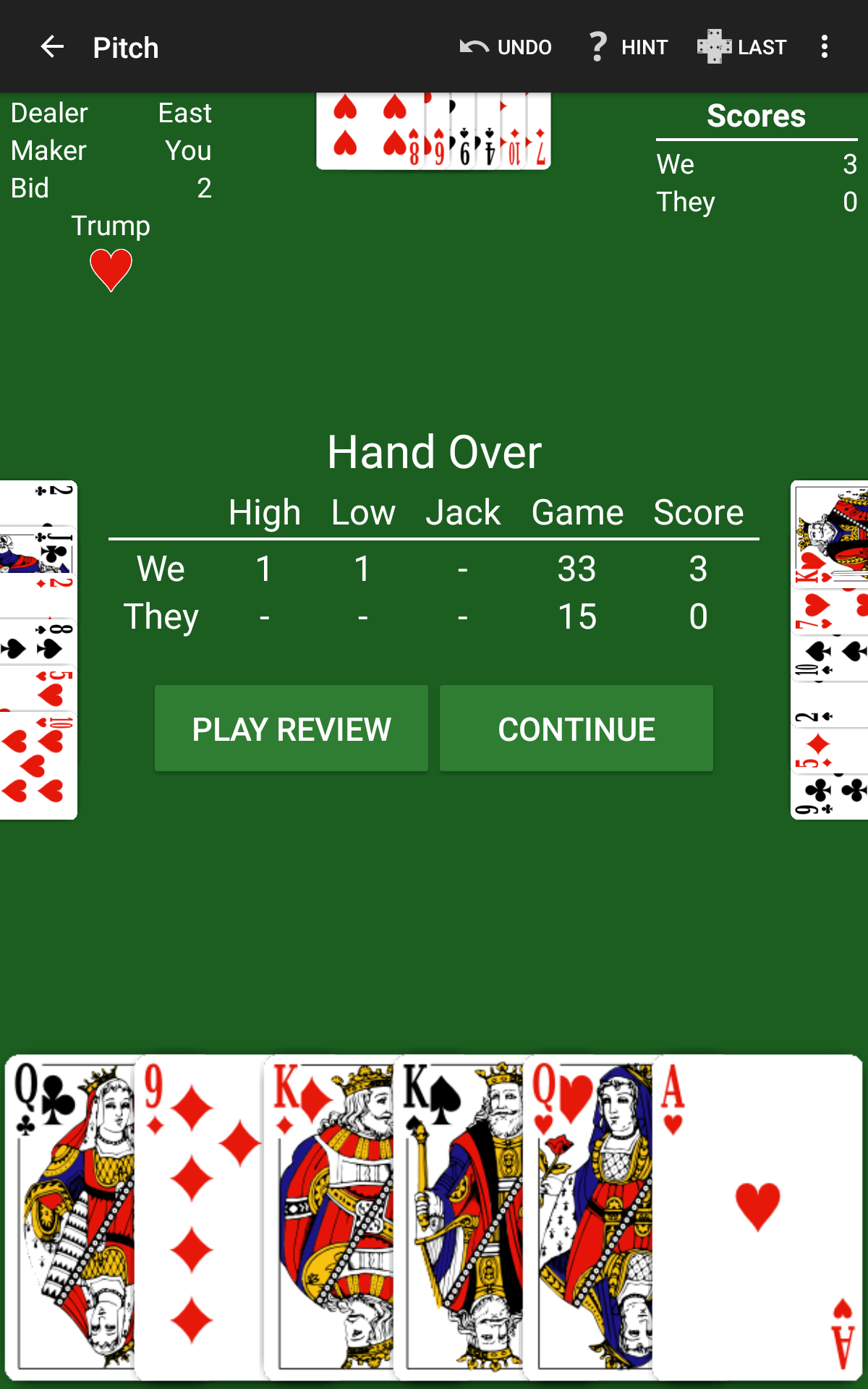 Play the popular card game Pitch (High Low Jack) and Auction Pitch (Setback). Either team up with a NeuralPlay AI partner or play solo (cutthroat) against the NeuralPlay AI opponents.

Just learning Pitch? The NeuralPlay AI will show you suggested bids and moves. Play along and learn!

The following features are available on Android, iOS support is in the works.